A few months ago, we started to look at some radio plays, we found one – ‘The Biggest Sandcastle’ this was a BBC Radio Play.

I met with the director, and we decided that as it was a ‘Gordie’ radio play, we needed to localise it and become more ‘down south’ (We’re from the English Riviera, Don’t you know) so that the voice actors would be concentrating on the performance, rather than the accents.

A few days later, we met for our first read-through (which, of course, was recorded) – and by god, this 30-minute radio play was VERY funny with some great voice actors, (some of which did not get the memo about the change to the script to be ‘down south’ so had been learning the script in a Gordie accent – and was difficult to remove…

A few hours later, we decided – let’s go for it. Needless to say, it was a highly entertaining day.

It took only an evening for me to edit up the recording, add in the sound effects, and send around to the production team for approval to be broadcast. (Which it now has been). 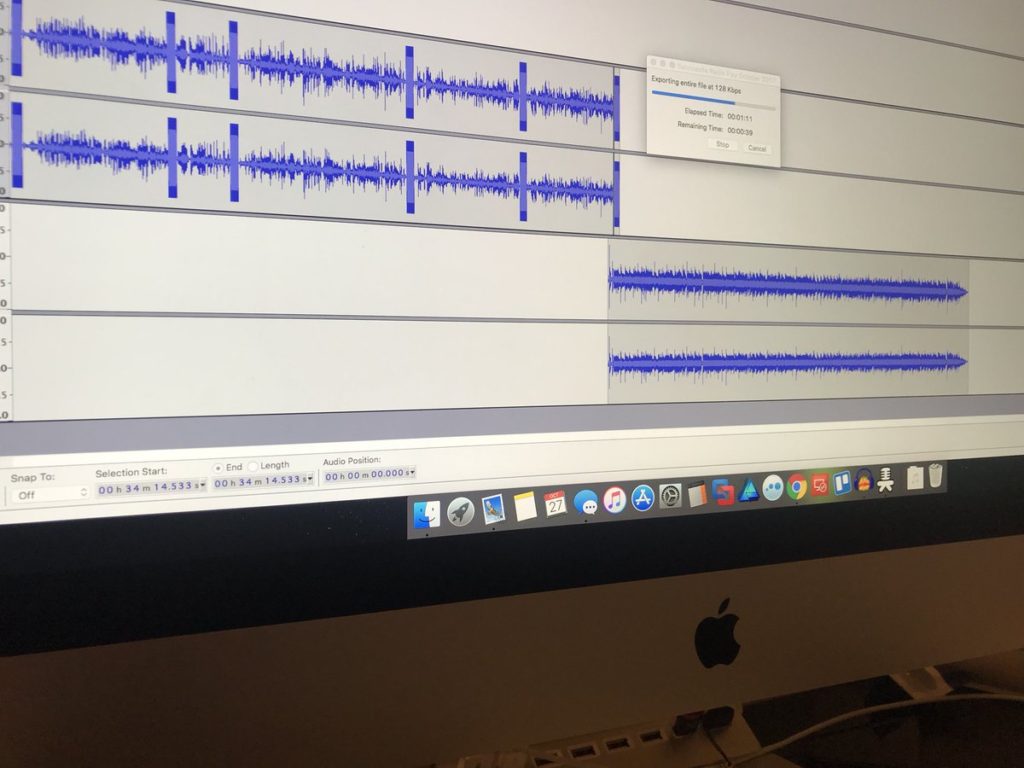 Part of the script had some of the actors singing “Oh I do Like to be beside the seaside” – so we thought it would be fun to get the entire cast/crew to have a sing-along at the end of the production to a backing track and to add as a bit of an ‘Overture’ but it was so poor – we added it to the end of the outtakes – for which you can listen to below.

This is a taster on how most the day went, from reading through to recording.

This website uses cookies to improve your experience while you navigate through the website. Out of these cookies, the cookies that are categorized as necessary are stored on your browser as they are essential for the working of basic functionalities of the website. We also use third-party cookies that help us analyze and understand how you use this website. These cookies will be stored in your browser only with your consent. You also have the option to opt-out of these cookies. But opting out of some of these cookies may have an effect on your browsing experience.
Necessary Always Enabled
Necessary cookies are absolutely essential for the website to function properly. This category only includes cookies that ensures basic functionalities and security features of the website. These cookies do not store any personal information.
Non-necessary
Any cookies that may not be particularly necessary for the website to function and is used specifically to collect user personal data via analytics, ads, other embedded contents are termed as non-necessary cookies. It is mandatory to procure user consent prior to running these cookies on your website.
SAVE & ACCEPT